Well, that’s a question I wish I had an answer for.

“Who am I?” is a question I feel we all ask ourselves. Are you a mother, father, spouse, sibling, widow, addict, gamer, artist, musician, student, or etc? What is our identity we carry with ourselves throughout life? In today’s world, we have so much pressure to be something, to create a label for ourselves, rather than to just be. When we abandon our labels, the identities we assume, who are we really?

In school, I was always “Taleah the good student,” “Taleah the girl whose cheeks turn red,” or “Taleah the really quiet girl” (scratch that, the red cheeks one still follows me wherever I go). However, I never had anything prominent about me that stood out. I didn’t play a sport, instrument, or achieve some prestigious academic award. Whenever asked “what are your hobbies?” or “tell a little about yourself” on some sort of worksheet I always answered with some bullshit response because there wasn’t anything definitive about me I could pride myself with. This was until I discovered fitness and the community behind it.

I’ll never forget the feelings I first felt when I started working out and becoming this person I had always wanted to be. I felt strong, confident, and I had a label to stand behind. If someone asked “what do you like to do for fun?” Work out. “Taleah what are you doing after school today?” Working out. “What are your hobbies?” Working out. I was proud to be an example to my family and friends to what I was doing with my life. Instead of trying to go to parties and getting drunk, I was wanting to be fit and healthy. “The girl who work outs” was the identity I had become and I loved every bit of it.

Fast forward a year and a half into my fitness journey and I began to shift gears more towards bodybuilding and the sport of it. This is where I let my identity consume and forge a year of my life. I decided I wanted to prep for a competition and suddenly I became “Taleah the bodybuilder.” Any chance I had, I would somehow try to make it known that I was doing bodybuilding. I wanted to be the girl who had visible muscles, packing and carrying all her food, and wasn’t like any one else. No matter what I did or what I was doing, I had to have this piece of me stand out or else. I needed people to see this person I thought I was.

You can only lie to yourself for so long before you finally snap.

This past April I was confronted with something I had never faced before; I was losing my identity. I’ll go more in-depth in later blog posts on why I ultimately abandoned the “Taleah the bodybuilder” label, but for now I’ll keep it simple. I had strayed so far off the path on why I originally began working out and eating healthy that I lost sight of what was and wasn’t okay.  I fought myself on and off for several months that I needed to be this person, that I had chosen this path and had to commit to it. If I wasn’t going to be the bodybuilder anymore, then who was I going to be? The last year and a half I had spent all this time and energy in wanting something, and now I was mortified at what I was doing with myself. I didn’t know who I was anymore. If you’ve ever looked into the mirror and literally not recognize yourself, you might know where I’m coming from.

I never knew I could do such deep soul-searching in just the span of two months.

May and June, I spent a lot of time reflecting. Reflecting on choices I’ve made the last year and half and coming to terms with who I am now. The past doesn’t define who we are and nor will the future. We’re all trying to make sense of where we are and who we are, that at times we go to extremes to make it happen. In extremity is where we lose ourselves. It’s where I lost myself, and it’s also where I’m finally starting to find myself. Understand myself. Respect myself. Know myself.

The moral of this entire story is that you don’t have to be anyone or anything that isn’t you. It’s okay to think you know exactly who you are, and suddenly have an epiphany where you’re like “what the actual fuck?” You are more than one word, label, or societal identity could ever represent.

So who am I really?

I am a daughter, sister, and friend. I love to lift weights, walks in the park, hikes on mediocre trails, and play tennis even though I’m no good. I love ALL foods, from quinoa to brownies. Solo car rides and listening to my music keeps me sane. I love deep, meaningful conversations where both people are present and contribute. I daydream way too often of situations and scenarios that’ll most likely never happen. My personal little bubble of solitude is where I’m my happiest but there are times I do crave other human interaction and intimacy. I have no idea what I’m doing with my life and I’m 100% content with it. I love to write and share my inner thoughts, bringing me here, writing this blog post. There’s so much more to me than any label could try to represent.

8 thoughts on “Identity Crisis: Who Is Taleah?” 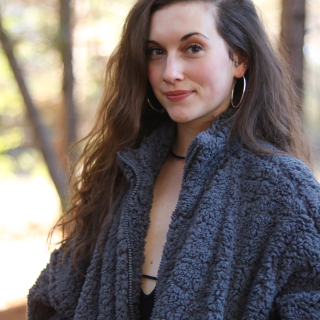